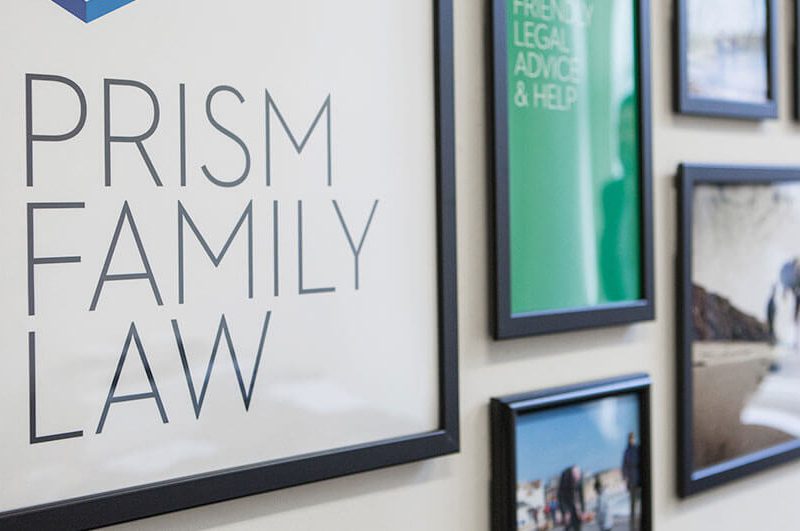 A businessman ordered by judges to share his millions with his ex-wife – even though they had been separated for more than a decade – has hit out at the ruling.

Mr Glenn Briers, from Willenhall, was working as a teacher when he started up a clothing empire in 1988 with just £81 of his own money and by the time he broke up with his wife Nicola in 2002, after 18 years of marriage and three children, the business was turning over £1 million a year.

Nearly a decade after their split a judge found Mrs Briers deserved a £2.7m slice of his £10m fortune last year – and despite an appeal, the Court of Appeal backed that ruling.

Mr Briers subsequently spoke to the press, and from reports, said: “It was my word against hers – and the judge chose to believe her. Why? Is it because she’s a woman and I’m a man? Or because I’m the one with the money?”

Mr Briers’ business had grown into a major fashion chain – turning over up to £30m and the company has outlets across the country, including stores in Birmingham, York, Belfast and London’s Carnaby Street.

In 2002 the couple separated and Mr Briers left the matrimonial home. They were divorced subsequently in 2005.

Following the divorce, Mr Briers gave his ex-wife £150,000 to pay off the mortgage and she kept the family home in Willenhall. She also received a spousal maintenance at the rate of £10,000 a year and an additional sum on account of a voluntary arrangement for child maintenance, but the couple never entered into any written financial consent order or other document setting out the agreement and so no financial order was ever made.

In 2015, a judge sitting at the Family Court in Birmingham ruled that Mr Briers should pay a lump sum of £1.6m to his former partner and transfer 25 per cent of a Standard Life pension, the Standard Life policy and his Standard Life shares to her – totalling around £2.7m.

Mr Briers appealed that decision, claiming his ex-wife should only be given a lump sum of £500,000, but judges at the Court of Appeal dismissed his claim, meaning that Mrs Briers will receive the benefit of £2.7m.

Following the ruling before the Court of Appeal, Mr Briers is reported to have said “These judges are just part of the liberal establishment where everything is about political correctness.

“I don’t know what real-life experiences they have, but it seems to me they’re out of touch with the real world.

“Virtually everything I’ve made I’ve put back into that company. Now I’ve had to take that working capital out of the business to pay her.

“That makes it really difficult for us in a climate when business is so tough. It might mean redundancies, and I’ve never had to lose anyone before.

“At a time when I thought I could relax and leave the running of the company to two of my children who work with me, I’m having to go back and work my guts out while she’s retired with £2 million in the bank and a lovely barn conversion worth about £600,000.

“Why should I work 18 hours a day for someone else to take it off me?”

He added: “When you get divorced, make sure any agreement is signed, sealed and delivered because, if you don’t, someone can come back at you — someone you haven’t lived with for 16 years — and take millions off you. You tell me what’s fair about that.”

“I felt betrayed. One of my arguments was if she wasn’t happy with the settlement, why didn’t she do anything all those years between 2005 and 2012? Her QC said: ‘Well, Mr Briers could have gone and queried the settlement himself…’

“The judge just nods to him. I thought: ‘What? You agree with him? Why would I go and challenge something I was happy with?’

“I just felt the judge wasn’t giving any weight to what I said. They made me out to be a liar, saying I hadn’t told her I’d bought that house for £119,000.

“Her QC said I was awkward and evasive. I’d never been in a dock before. Maybe I should have been more prepared. I just didn’t lie down and accept everything that was being said about me.”

Mrs Briers’ case is a start warning to all parties upon separation – people must declare their true financial position or face the consequences, even years later.

In this case, the Court found in favour of Mrs Briers, which recognised that a full and final settlement of the couple’s financial affairs had never been concluded and so even though 10 years had passed between the divorce and Mrs Briers’ application for a financial remedy order, the key message is that unless you give full and frank disclosure of your financial situation at the time of divorce, a court can revisit this, even 10 years down the line.

And so in Mr Brier’s case, the court found that as a matter of fact, that his failure to honestly disclose his assets meant that Mrs Briers had not given her informed consent to the financial settlement meaning that the whole issue could be re-visited afresh and reconsidered even 10 years after the event

So was the case determined this way because Mrs Brier is a woman?

No, and the sex of the parties will have had nothing to do with it; it just so happens that the court found that Mr Brier had not been open and honest and provided full and frank disclosure of his financial assets such for a fair division to have taken place.

So what is the moral of the story?

It’s crucial that you embody any agreement in a court order so there can be no dispute in the future over a financial settlement by either party and that you do provide full and frank financial disclosure – failing which, whatever the arrangements and agreement made, you run the risk of the matter being revisited at any time.

At Prism Family Law, we offer all potential client’s the opportunity to meet with us for free and offer all a 30 minute initial appointment so that we can discuss your requirements and case such so as to allow us to advise you on all the available options open to you to choose from. If you find yourself in a position whereby either you or your partner are contemplating bankruptcy prior to or during separation then it is imperative that you seek advice at the earliest opportunity to determine what impact that may have on the family. We would strenuously advise all that may be impacted by the issues of this article to seek legal advice and help at the earliest opportunity.

Should you require the services of Prism Family Law for any family law related matter please do not hesitate to contact solicitor Andrew Wraith in the first instance.