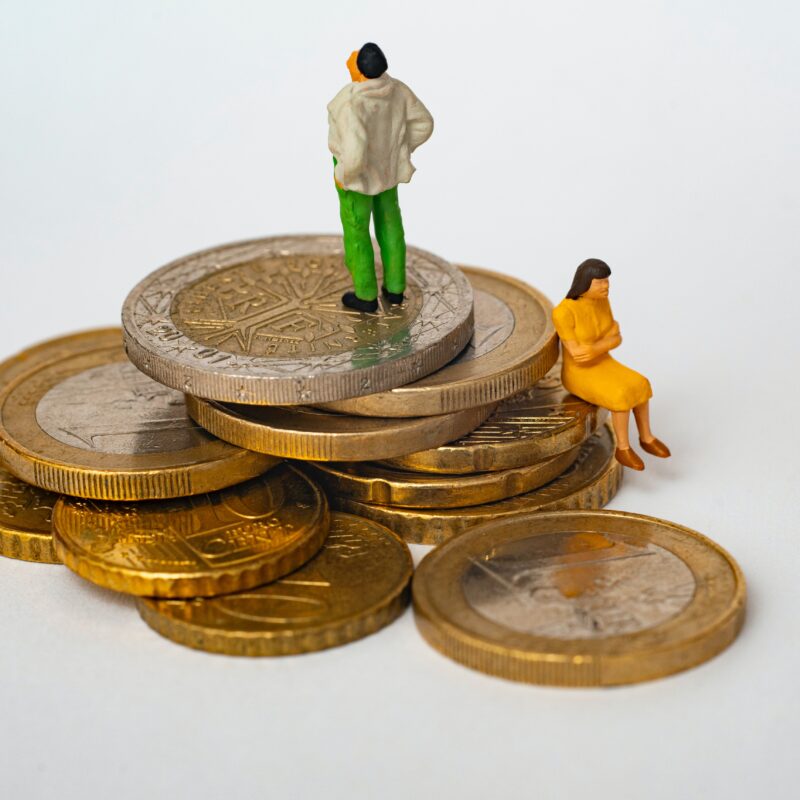 According to a recent survey conducted by Which? Magazine in November 2021, women, in particular, continue to face unstable retirement as pensions are often overlooked when dealing with financial matters arising from divorce.

Of those surveyed, only 15% of divorcing couples are said to have specifically included pensions in their financial settlement and 58% said that pensions were not at all discussed during their divorce proceedings. The survey was carried out in November 2021.

When people divorce it is natural for those involved to focus on the immediate problems that arise – for example, where you and any children are going to live, and what you are going to live on, so it is to a certain extent understandable that following separation pensions can often get forgotten but what is often not realised, until it is too late, is that pensions ae usually the single biggest asset for divorcing couples; according to the Office of National Statistics, in many cases, pension provision can make up to 42% of total household wealth.

Whilst pensions are often seen as being complicated, dull, and not something that can be readily got at so as to be of immediate help and so often they might be forgotten about and left to one side to think about then later, ignoring them completely can be a costly mistake to make.

Despite then the Family Court allowing now for pension sharing orders to be made as provided for by the Welfare Reform and Pensions Act 1999, it seems still to be the case that pensions aren’t always taken into account when dividing up matrimonial assets.

In many cases, what happens to the family home or family business is more often than not likely to be at the forefront of people’s minds on divorce, but choosing the family home over a pension sharing order can leave former spouses with desperately little income in retirement – particularly women.

Women losing out on pension wealth is very unequally distributed among married men and women. A recent study undertaken by the University of Manchester shows the average married woman aged between 65-69 has just £28,000 in pension wealth – whereas the average man has almost ten times that. So based on that study and recent poll by Which?, a divorce where pensions aren’t split can leave women significantly worse-off financially.

So in relation to pensions on divorce, what are the options?

Advantages – This approach is relatively straightforward and would allow more easily for the parties to achieve a financial clean break on all matters sooner rather than later.

Disadvantages – The party who forfeits the other’s pension may lose out – fair comparisons between pension and non-pension assets are extremely problematic and often requires careful consideration and in some instances, expert pension valuation reports to assist with.

Advantages – Both parties end up with their own separate pension provision and pot.

Disadvantages – It’s relatively complex initially to determine what the percentage split should be, so in many cases, your best advised to seek truly independent financial advice as to what is the best option for you as often that share of the pension has to be transferred to another pension provider and all of that can come at a separate cost.  You may need specialist advice on what then the pension is worth such as to then work out what is a fair percentage split and again this may involve expert help and so separate cost to consider.

Advantages – Like pension sharing above, it can result in a fairer split of the pension.

Disadvantages – An attachment order is essentially a form of maintenance paid to the former spouse, so it doesn’t allow for a true financial clean break and the pension-holder retains control over the choice of investments and when the payments to their ex-partner are made; if the Order is not at all complied with as intended, then this may later require enforcement proceedings to be initiated and so this may then result in additional costs later being incurred to resolve.

Before embarking then on any exercise in relation to the separation of your financial assets on divorce, it is important not to make decisions about what should happen with other assets like the family home before you know what all your pensions are worth; if you overlook them, how will you manage when you can no longer work?

It might feel as though any pension that has been accrued by an ex-partner belongs to them, but when you are married or in a civil partnership any and all pensions are part of the matrimonial pot, regardless of whose name is on the pension plan.

A pension can only ever be in one person’s name and often that person will see it as theirs and only theirs, especially if they built it up over a long career. However, in many families, it is often decided that one parent will take more responsibility for the care of the children while the other focuses on earning money or developing a career, giving that person more of an opportunity to establish a greater earning potential and so the ability to then establish a greater retirement pot.

So that it is clear to you, the law in such cases treats these contributions to the family as equal – so try not to view the pension as just your ex-partners or even just yours, it is one asset of potentially many that makes up the financial pot of the family.

Whilst pensions can then be difficult to sort out and so take time to look at, be it to value, to negotiate over or otherwise, sorting out your pensions when you divorce is in many cases worth the time and expense and worthy of not being ignored altogether.

In every case, you have to have an appreciation of what all the various pensions in your case are truly worth before agreeing to any terms of financial settlement. Whilst this may take time, it may even become a hassle to sort, but as hard as it may be at times be to address, ignoring pensions is likely to be costly.

If you require legal advice and help on any of the matters raised by this article then please do not hesitate to contact Andrew Wraith, Solicitor, at Prism Family law for more information on 0191 269 6871 or email Andrew.Wraith@prismfamilylaw.co.uk for help.