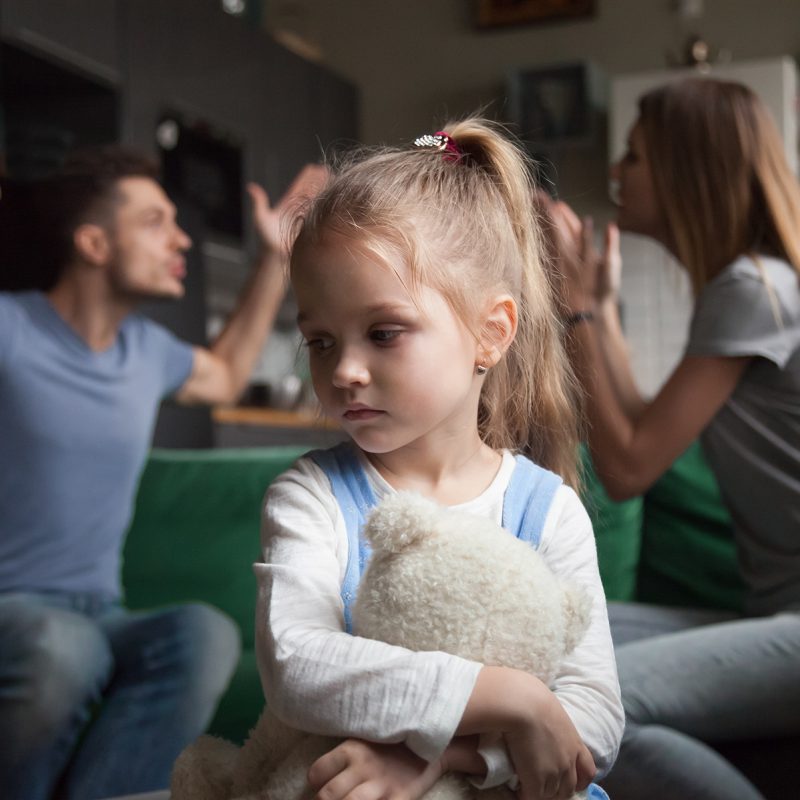 In the recent case of Griffiths v Griffiths (Guidance on Contact Costs) [2022] EWHC 113 (Fam), the issue of how future supervised face to face contact in a contact centre setting might be paid for arose as an issue and Arbuthnot J had to consider the question on appeal.

Briefly, the parents in the case had earlier separated in 2018 and the father was having contact in 2019 by way of consent and parental agreement. By June 2019 he had reason to apply to the Family Court for a Child Arrangements Order in his favour.

Initially, during the course of the Children Act proceedings, contact was ordered to take place in a controlled and monitored environment such as a contact centre. The father was to pay the costs for that supervision. Later the father applied to change the arrangements including who was to pay for the costs of the contact centre as his financial circumstances had changed as he was by then unemployed and the mother had a greater income than him given that she was employed as a Member of Parliament (MP).

In May 2020, it was ordered by the Family Court considering that application that the future costs relating to the contact centre should be shared equally.

In any event, given Covid-19 and the pandemic impacting upon the availability of the contact centre being used, direct contact stopped and was suspended from March 2020 to September 2020, when the contact centre re-opened and contact could then from there resume.

Given that the mother alleged that she had been the victim of domestic abuse, including rape, physical assault and coercive and controlling behaviour at the hands of the father during their marriage, to determine the truth of those allegations, the Court held a fact-finding hearing which took place in November 2020 before HHJ Williscroft and all of the mother’s allegations were subsequently found proven to be true.

Shortly afterwards, all direct contact stopped in December 2020 because of the second Covid-19 lockdown which had again an impact on the availability of the contact centre being used for contact.

In preparation for the subsequent Dispute Resolution Appointment after the fact-finding hearing, the Children’s Guardian allocated to the case provided a report by which it supported the resumption of contact if the contact centre felt able to protect the child following a further risk assessment of the father, presumably in light of the Court’s significant findings as to what had happened to the mother.

In the event, the risk assessment carried out by the contact centre was positive of the father having contact but the assessment was highly criticised by the mother as being inadequate in addressing the identified risks from the fact-finding hearing.

At the later Dispute Resolution Appointment hearing in front of HHJ Williscroft, having had the benefit of that risk assessment and other reports and having heard from the parents, she made an Order that the direct contact resume at the contract centre (subject to a risk assessment) and on the same terms as to payment (this being a shared expense) and directed a psychological assessment of the father be carried out.

The judge also said that the father should have indirect Facetime contact on a weekly basis.

First, whether in principle the Family Court (or any Court) has the power to order that a party pay for contact under section 11(7) of the Children Act 1989.

Second, whether the Judge was wrong to order direct contact in the particular circumstances of this case should take place and

Third, whether a victim of abuse should pay the costs for the abuser to have contact with the child.

In answering the first question posed, the judge on appeal rejected the mother’s argument that there was no power to order a party to pay the costs of contact; the judge held that section 11(7) of the Children Act 1989 does give the Court the power to make such a direction, paragraph 55 to 57 of the case reads:

In answering the second question the judge concluded at paragraph 83 that the judge had allowed herself insufficient time (she had a 1-hour listing) to properly consider and explain how she had applied the relevant parts of Practice Direction 12J and in particular relate them to the findings of harm made at the fact-finding (paragraph 107). In essence, the judge’s judgment did not disclose the necessary detailed reasoning which PD12J requires to justify reinstating direct contact at the time of the hearing.

However, Arbuthnot J rejected the argument that the earlier Circuit Judge was wrong to allow indirect contact to continue; there was an established relationship between the father and the child and the impact to the mother of connecting a Facetime call was very different to her having to attend a contact centre (Paragraph 112).

In relation to the third and last question posed by the appeal, in which for the mother it was argued that as a matter of principle, a victim of abuse should never be also ordered to pay the costs of the child having contact with the abuser in that doing so continued the abuse and coercive control, the appeal judge was more pragmatic.

Although Arbuthnot J could not envisage a situation where a Court would order the victim to share the costs of contact, (paragraph 130), she was wary of giving specific and detailed guidance which might be too narrow to deal justly with the facts in another case, so with a caveat, she commented at paragraphs 131 to 132 as below that:

“131.   First, there must be a very strong presumption against a victim of domestic abuse paying for the contact of their child with the abuser.

132.   Second, if, wholly exceptionally, the court has to consider this, the matters a court might want to take into account could include the following:

a.  The welfare checklist including the age of the child

c.  The nature of the abuse proved or admitted, and the parties’ conduct that the court considers relevant

d.  The impact of the abuse on the caregiver with consideration as to whether any payment would give rise to financial control

e.  The extent of the relationship between the child and the abusive party

f.  The nature of the section 8 order made

i.  Whether, if the contact is in the best interests of the child, it would take place without a sharing of the costs.”

In the event, Arbuthnot J set aside the order earlier made for direct contact and the mother’s obligation to pay towards contact at the contact centre and directed that the issue of whether direct contact should take place at all or not reconsidered by another judge afresh and if by that stage the financial circumstances on the part of the father say had not changed, only then would the issue of the costs of any contact be considered and the general guidance listed applied to come up with an answer.

So, if a parent wants contact to be supervised at a Contact Centre, can that parent be made then to pay for it?

The short answer is yes, they can be asked to and section 11(7) of the Children Act 1989 allows for this, whether the Court is actually persuaded to make such an Order is another issue altogether; only in ‘wholly exceptional’ circumstances is it likely to be ordered and the Court in coming to an answer is likely to take into account those matters listed a) to i) above and as paragraph 131 of the case makes clear, there must be a very strong presumption against a victim of domestic abuse paying for the contact of their child with the abuser.

If you require further information or would like to make an appointment please contact David Banks, Solicitor on 0191 269 6871 or email david.banks@prismfamilylaw.co.uk for immediate legal advice and help.

In certain cases, we are able to offer legal aid help and assistance subject to criteria administered by the Legal Aid Agency. For more information as to eligibility please refer to https://www.gov.uk/legal-aid/eligibility